The joystick now works like an external numeric keypad. Pressing the fire/trigger button will act like pressing the right-hand Control/Ctrl key. This was all written in the Arduino IDE, and can be easily changed (if for example you prefer using W,A,S,D for direction and space bar to fire, or the arrow keys for movement, it’s a quick change to make.

I picked this configuration mostly because the C64 emulator VICE has it as an option. 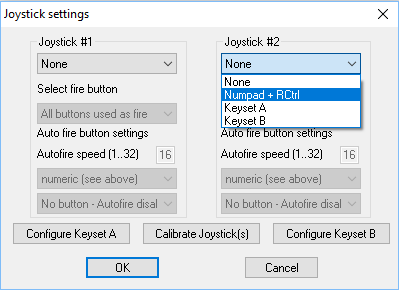 For the brains I used a board with an Atmel ATMega32U4, similar to the Arduino Pro Micro (see parts list below).

As an enclosure I used a DE-9 adapter housing. This one had terminal blocks for quickly throwing cables together, which I removed to make room. 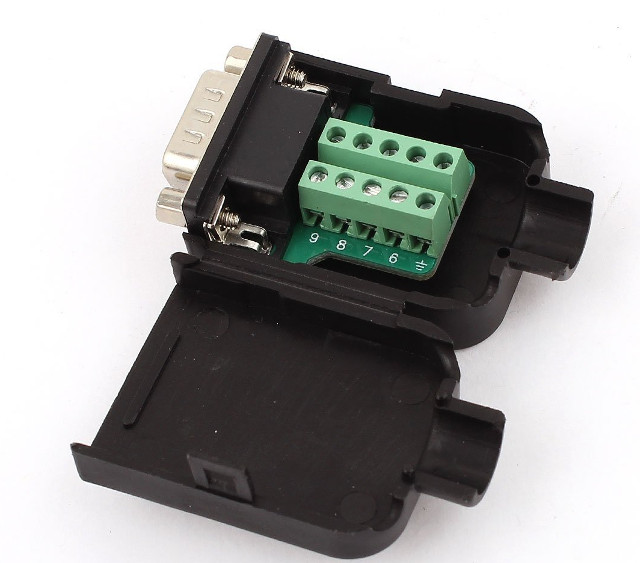 I chose this particular DE-9 adapter because it looked like it might be roomy enough to put the microcontroller into, however it wasn’t quite long enough. So, with some heavy duty cutters I use for chomping up bits of PCB I cut the last two pin holes off the microcontroller board. 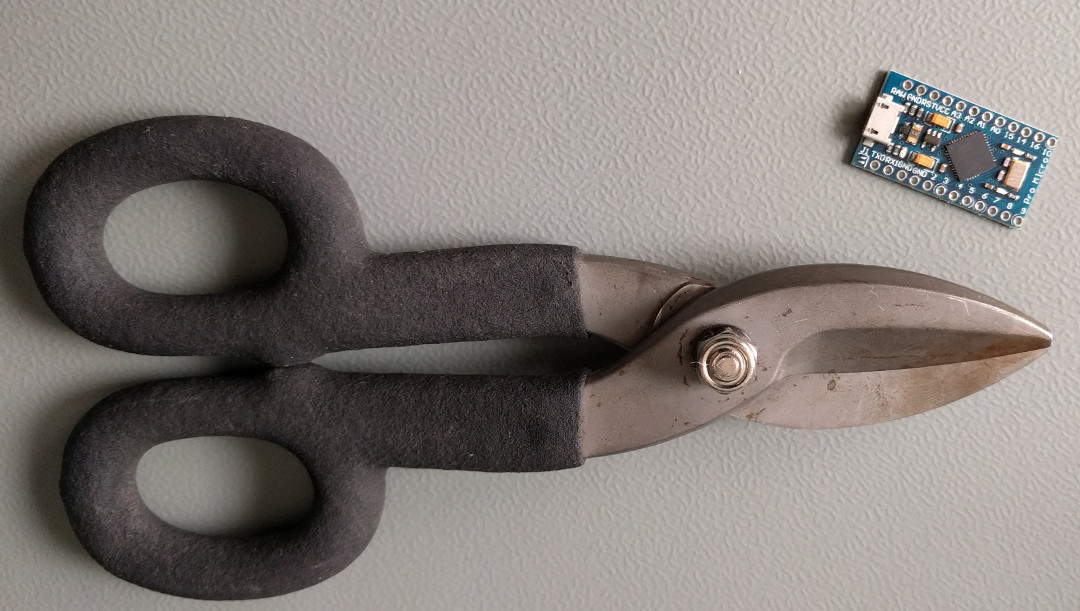 After cutting I sanded the edge and visually inspected to try to make sure no obvious unexpected connections between layers were being made. Cutting this down gave me enough room to fit it into the enclosure. I’ve shown this modification in the microcontroller PCB image below as a red line through the PCB. 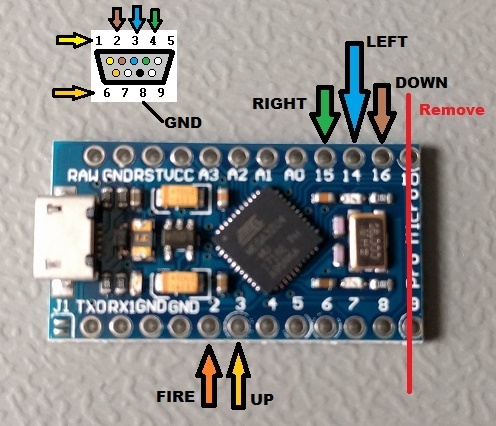 To prevent accidental electrical connections between microcontroller PCB and the DE-9 PCB I wrapped the microcontroller in some Kapton tape, but hot glue or something would probably work fine. The end result looks like a big mess, thankfully I don’t have to look at it with the enclosure closed.

I ended up needing to use a hobby knife to carve out a little of the cable opening of the DE-9 enclosure to widen it for the USB micro connector end. 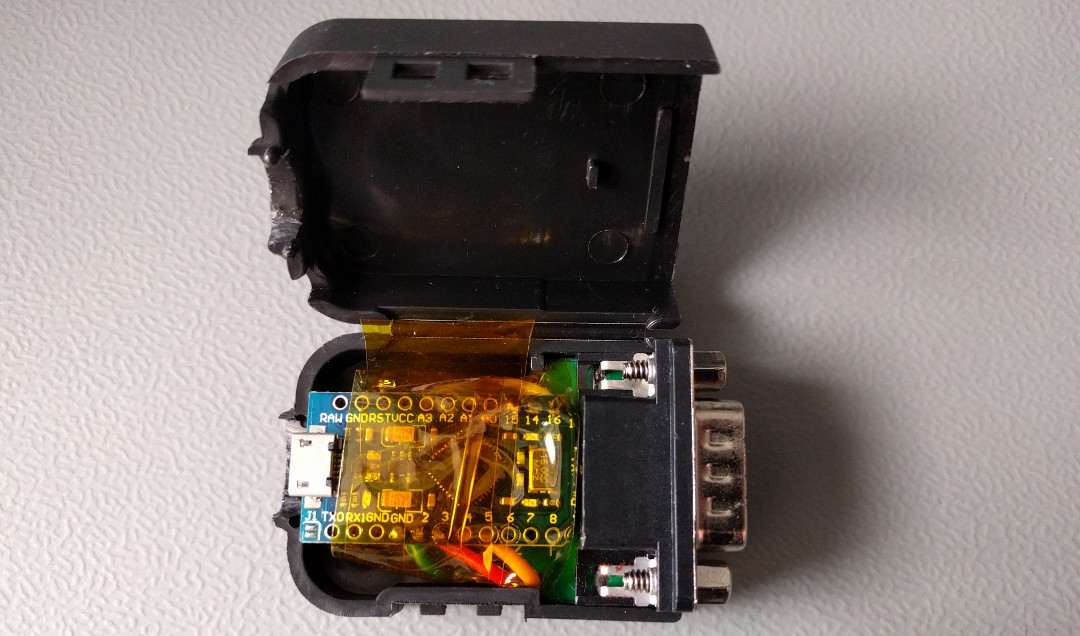 A quirk of the Arduino USB keyboard report handling requires you to add 136 (decimal) to the value you find in the usage table. This value is later removed by other code in the USB library, but helps the source make some kind of determination on how to handle the key event (it seems pretty crazy to me too, but whatever, it works).

Because the board I’m using has an ATmega32U4 with an Arduino bootloader it shares enough in common with the Arduino Leonardo that “Arduino Leonardo” should be selected as the target board in the Arduino IDE to properly compile and flash the software.

setup()
The connected pins are internally pulled high, and are considered activated when connected to ground through the normal use of the joystick. The pins to be monitored for these state changes are put into the Pins[] array and the corresponding key values to send in the USB report are put in the Keys[] array at the respective array index position.
The function setup() gets ran at device power-up and loops through all the pins listed in Pins[] to configure the internal pullup to high state. Keyboard.begin() prepares the Arduino keyboard library.

loop()
The main loop() iterates through each pin in Pins[] looking for a low state and applicably sets the corresponding key. If any keys are found to be pressed a ~10ms pause occurs to allow the operating system ample time to see the USB report, but not offer too much delay as to cause the joystick to feel unresponsive to rapid changes. This delay also helps remove sporadic changes in pin state due to imperfect contact between the joystick internal connection plates. Another iteration through the Pins[] array occurs to remove the appropriate data from the USB report for any keys no longer being held down. A final (possibly unnecessary) check occurs which calls Keyboard.releaseAll() when no positions of the joystick are active (low). I had some issues during initial develop with keys getting stuck “down” and found it very irritating to have to physically unplug the adapter in order to resolve the problem. This check was added to make life a little easier, but may no longer be required. Keyboard.releaseAll() only removes reports from memory on the microcontroller and won’t cause the USB host to ignore held keys on other connected keyboards, so it seems harmless enough to leave in place.